An Affidavit is a sworn, written statement confirmed by oath or affirmation, voluntarily made by a deponent administered or notarised by a person authorized to do so by law. 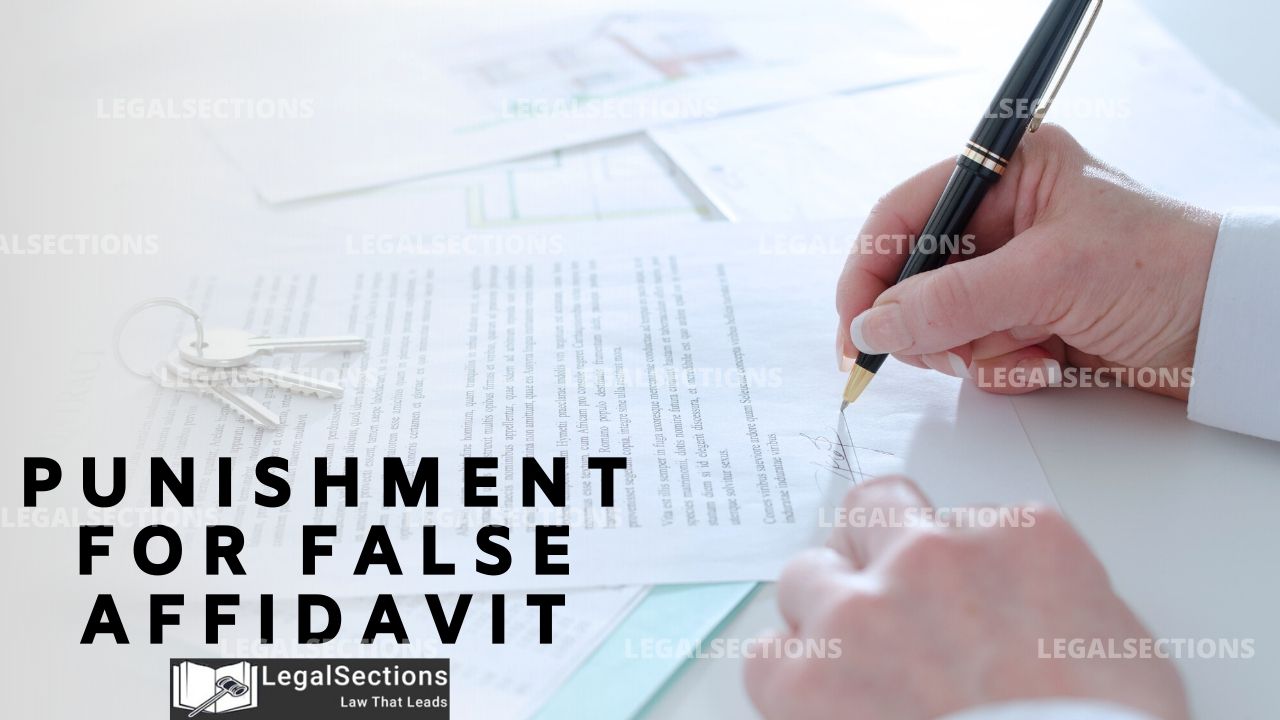 An Affidavit is a sworn, written statement confirmed by oath or affirmation, voluntarily made by a deponent administered or notarised by a person authorized to do so by law.

Mr. X, in his affidavit, knowingly and voluntarily states that he doesn’t know about the whereabouts of Mr. Y on a particular date while he is fully aware of the same. It is an example of a false affidavit.

A deponent must have complete knowledge of the facts and statements contained in the affidavit as well as it shall be personally binding on him /her. A false affidavit is similar to false statements.

Rule 3 of order 19 of Code of Civil Procedure, 1908 states that an affidavit shall be confined to only such facts as the deponent is able of his knowledge, and he can prove it. Making false statements has grave consequences.

Situation 1 – If a court has ordered any party to file an affidavit, then filing a false affidavit in such a case is punishable as per Section 2(c) of the Contempt of the Courts Act,1971. Submitting false evidence is also known as committing criminal contempt. Punishment for contempt of court is for a term which may extend to 6 months.

Situation 2 – If a person voluntarily files a false affidavit, then he/ she can be punished under section 191,193,195 and 199 of the Indian Penal Code for giving false evidence. Punishment for filing a false affidavit is punishable by imprisonment for a term ranging from 3 to 7 years.

Situation 3 – If a false affidavit is given in any quasi-judicial proceedings, then a private complaint can be filed under section 200 of the Indian Penal Code before a competent magistrate.

Section 191 – Giving False Evidence
Whoever being legally bound by an oath or by an express provision of law to state the truth, or being bound by law to make a declaration upon any subject, makes any statement which is false, and which he either knows or believes to be invalid or does not believe to be true, is said to give false evidence.

1. Murray & Company vs. Ashok Kumar Newatia & Ors.
In this case, the Supreme Court held that “the practice of having false evidence incorporated in an affidavit filed before a court should always be deprecated and we do now record the same. The fact that the defendant has affirmed a false affidavit before this court is rather serious and thereby rendered himself guilty of contempt of this court as noticed hereinbefore.”

2. Baban Singh and anr. vs. Jagdish Singh & ors.
In this case, the Supreme Court held that “swearing falsely when one is bound by oath to state the truth because an affidavit is a declaration made under oath. The definition of the offense of giving false evidence thus applies to the affidavits.”

It can be concluded that an affidavit is a document of extreme importance. Although authorized representatives sign it, it is expected that it is only signed by the persons who are well aware of the facts of the case.