New Motor Vehicle Act laws have been implemented on 1 September. It has caused a hike in the driving penalties levied on the irresponsible drivers on Indian roads. 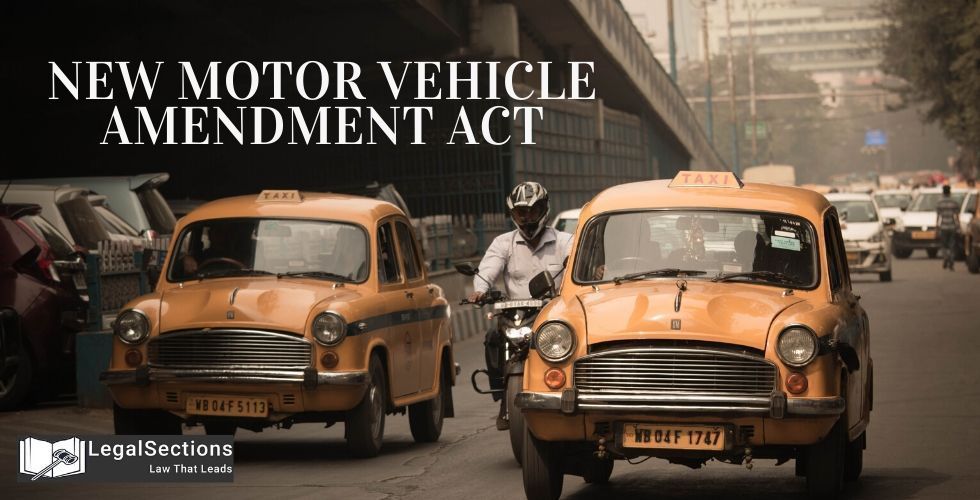 New Motor Vehicle Act laws have been implemented on 1 September. It has caused a hike in the driving penalties levied on the irresponsible drivers on Indian roads.

Amendment was passed in 2019 by Parliament. Transport Ministry posted notification issuing a list that informs about all the laws that have been enforced but came into effect on 1 September 2019.

The act was passed in 1988 by the Indian Parliament. It was formulated regarding formulating and regulating road vehicles and traffic on Indian roads.

It provided details about the provision of driver license for regular drivers and conductors. It gave information about the registration of motor vehicles. It also gave the provision of regulating permits for vehicles and drivers. It also informed about insurance, penalties, and liabilities. It was enforced on 1 July 1989.

The Motor Vehicle Act defined a motor vehicle as any vehicle that is mechanically propelled and is adopted for use on roads. It derives the power to propel from an internal or external source of power.

Penalties are an effective way to regulate irresponsible driving behaviour on roads. It forms a check system that disciplines.

With the effect of the New Motor Vehicles Act, penalties for driving errors have been enhanced.

Changes in the Penalty

2. Formerly, there was no penalty on violation of road regulations but now an amount of Rs 500 to Rs 1,000.

3. Driving a vehicle without a license is unauthorized and against rules and regulations. Earlier when a penalty of Rs 1,000 was levied it is now raised to Rs 5,000.

4. If one has been disqualified and is observed driving a vehicle with risk, then a penalty of Rs 500 was fined. But with this new Motor Vehicle Act, the fine has hiked up to Rs 10,000.

5. For drunken driving, detainment for up to six months and an amount of 10,000 as a fine for the first-timers. For the second time offence imprisonment for up to two years and a penalty of Rs 15,000.

6. For irresponsible racing and speeding of motor vehicles on the road, according to the new Motor Vehicle Amendment law. Punishment will be Imprisonment of one month and a penalty fine of Rs 500 for the first-timers.

7. A penalty of Rs 500 is fined for causing an obstruction to free flow of traffic which was formerly a sum of Rs 50.

And other law changes.

As per the new Motor Vehicle Amendment Act, any vehicle that is being driven by a minor without a license, the vehicle will lose the authorization.
If the vehicle is being used by a minor for driving, then the registration of the motor vehicle may be cancelled for a year. After the completion of one year period, an application can be submitted for registering the vehicle.

The minor child will not be able to obtain a learner’s license until the age of 25.

According to the newly implemented section of the new amendment law, 199A, and 199B, a penalty amount of Rs 25,000 and jail for up to three years is enforced as a punishment.

Why was the Amendment Necessary?

With road accident rates increasing at a high pace and irresponsible driving that is hazardous for human life and others. It was an essential step for the regulation of traffic and drivers on Indian roads. Rash driving and drunk driving is dangerous for the driver and life around him.

Cautious driving is good for the people and society keeping it a secure and safe place to live in. Every day around four hundred deaths happens due to traffic accidents and approximately one lakh fifty thousand deaths per year are a result of road accidents. It is a heartbreaking and distressing experience to lose a family member, and lakhs of families have to go through that pain and loss due to the inadequate traffic regulations. Irresponsible behaviour as a citizen and driver is not healthy for the wellbeing of people around us and even us.

It was a critical up-gradation for the motor vehicle act. It could not pass as an act and dissolved after the interim budget session due to the frequent disturbances in Rajya Sabha and lack of support from the opposition, Indian National Congress. The bill was formulated to regulate corruption by fitting body cameras on traffic police and RTO officials. And to elongate the imprisonment period of two years to seven years for drunk-driving deaths. It also aimed at increasing penalties for offences and making third-party insurance compulsory.

Hopefully, this act will be able to regulate the traffic and irresponsible behavior of the drivers. It will improve the condition of traffic on Indian roads.

This article about New Motor Vehicle Amendment clearify many facts but in case if you have confusions or legal issues with it, Get in touch with the legal team now.