Live-in-relationship can be defined as an agreement of living together by unmarried couples for the purpose of conducting long-going relationship similarly as in marriage. 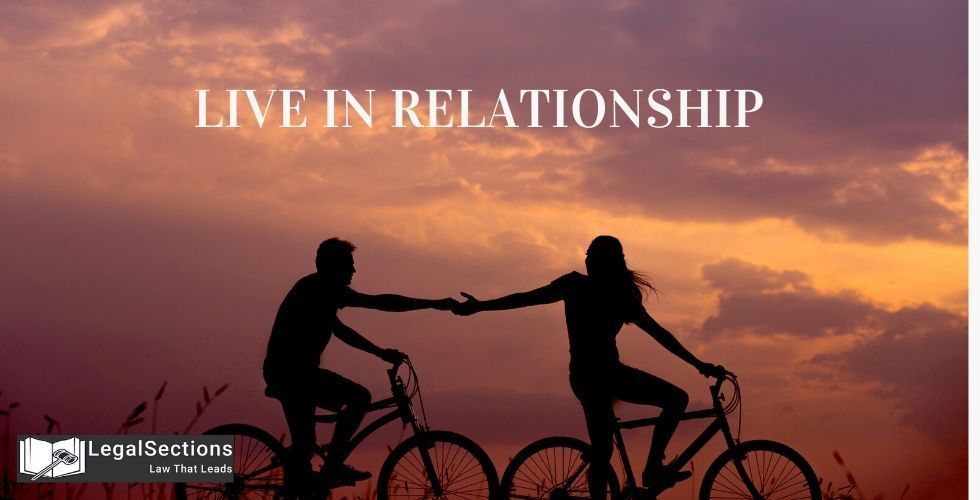 A significant psychological boost to couples who are in live-in relationships as the Supreme Court recently removed the disgrace from such connections saying that it has now become accepted norm in society. “In modern times, a live-in relationship has become acceptable. It is not a crime,” a bench of Justice Dipak Misra and Prafulla C Pant observed. India is continuously changing its beliefs and norms and witnesses a drastic change in the way the present generation perceives their relationships.

Society has opened up about the idea of premarital sex and live-in relationships. This changed mindset is due to freedom, privacy, education, and globalization. Supreme Court, in judgment, said two adult couples are staying together is the part of the right to life, not a ‘criminal offense ‘. Therefore live-in relationships are legal in India. However, it also stated that if a man and woman “lived like husband and wife” in a long-term relationship and even had children, the judiciary will assume that they are married and the same laws would be applicable.

Live-in-relationship can be defined as an agreement of living together by unmarried couples to conduct a long-going relationship similarly as in marriage. Live-in relationship handles the matter of premarital sex, but those couples who are maintaining relations don’t mind such things. Overall, this relation builds up a harmony between the pair but spoils their social influence. The legal system of a traditional country like India had to face lots of ordeals, giving legality to live-in-relationships for many years. And all the efforts came to a definite end when the Supreme Court successfully solved this controversial discussion.

Yet it isn’t easy for a common man to believe and accept this kind of relationship. For the sake of protection of aggrieved live-in partners, if any, the Protection of Women from Domestic Violence Act provides from the protection and maintenance and granting the right of alimony to the same.

Another aspect in giving a right to maintenance to lady party is Indian Courts have widened the scope of maintenance under Criminal Procedure Code and extended u/s 125, to provide a legal right of maintenance to lady partners in or out of a marriage. Supreme Court also allowed live-in relationships are covered under the Domestic Violence Act, an attempt to protect women from abusive relationships. However, live-in relationships are not allowed to adopt kids, but they can have their kids If they are living together for a long time.

Every judgment comes with its pros and cons, similarly with live-in relationships becoming legal in India. Its advantages can be briefed under:

1. For most of us, it is no way of escaping from responsibilities but a way to understand your partner and check the compatibility.

2. A live-in relationship not only gives the opportunity to understand our partner but also excludes the chaos of family drama and lengthy court procedures if they want to move out of the relationship.

3. One of the significant benefits of live-in relationships is that there is no law tying them together, and any one of them can walk out of the relationship if they want to.

4. As human relations are complex and fragile, live-in-relationships are not commitment centric. Partners need not carry the burden of responsibilities that come out usually in marriage.

5. You can evaluate the areas that you both may need to work on or if you want to be married to your partner.

6. If you aren’t satisfied with your partner or you get bored of seeing the same face every morning, then you can pack your bags and move out without any legal procedures or family drama.

7. In a live-in relationship, the couples respect each other as they might have some insecurity or concern in the back of their heads that they may lose the partner if they don’t behave right.

Some of its cons can be briefed under:

1. Society disapproval is one of the most significant disadvantages that live-in-relationships have to face. It is hard for them to accept such a relation that is beyond their long-serving tradition, especially the older generation.

2. Another one could be a lack of commitment in the relationship, and nobody is liable to one another, which is also an advantage on one side as it does not burdens the person with responsibilities. Still, it is can also become the reason for a split because any quarrel or fighting is not followed by reasoning and resolving, unlike a marriage.

3.  Some may even feel a sense of monotony, which causes trouble for the relationship and could eventually lead to a heartbreaking split.

5. It is tough to move into another relationship after a live-in relationship. And if such a relationship comes to an end, it takes a toll on the mental health of people.

For more help live-in-relationship and its legality related problems, contact us at hello@legalsections.com.