How to File a Consumer Complaint? 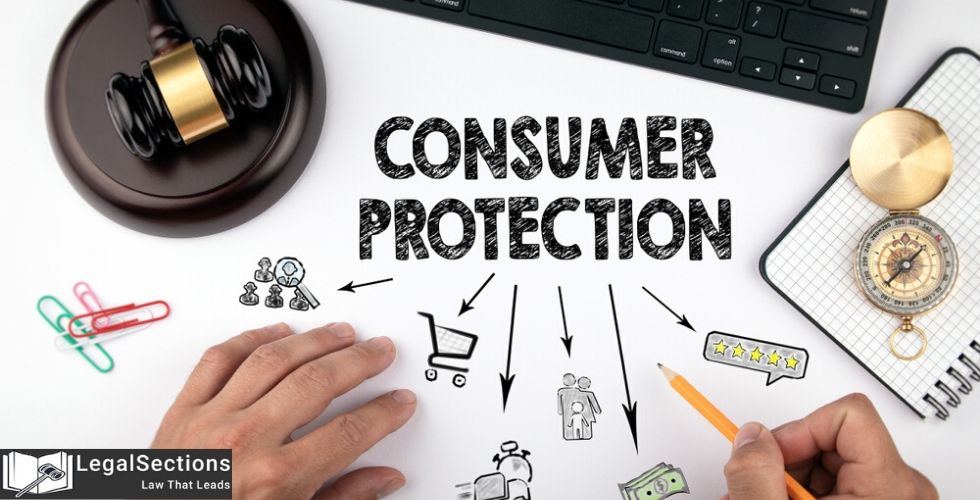 Before knowing how to file a consumer complaint, it is essential to know who is a consumer and the Rights of the consumer.

Who is a Consumer?

1. For goods, a consumer means (i) one who buys any products for consideration; and (ii) any user of such products other than the person who buys it, provided such use is made with the approval of the buyer.
2. For services, a consumer means (i) one who hires any service or services for consideration; and (ii) any beneficiary of such service(s) provided the service is availed with the approval of such person.

1. Right to Safety
It is the right of the consumers to be protected against goods and services which are hazardous to the health or life of an individual. For example, electrical appliances with sub-standard material. Right to safety is an important right available to the consumer, which ensures that the manufacturers shall not produce and sell sub-standard and dangerous products.

Right to Choose
Right to choose means that the consumer must be assured, whenever possible, access to a variety of goods and services at competitive prices. If the market has enough varieties of products at highly competitive prices, the buyer should have an opportunity of wide selection.

Right to be Heard
Right to be heard means that consumers have a right to be consulted by Government and public bodies when decisions and policies are made affecting consumer interests. Consumers have a right to be heard by manufactures, dealers and advertisers about their opinion on production, marketing decisions and any grievances of the consumers. Top manufacturers and firms have set up consumer service cells to attend to consumers’ complaints and take appropriate steps for their redressal.

Right to Seek Redressal
The consumers have been given the right of redressal of their grievances relating to the performance, grade, quality etc. of the products. If required, the product must be repaired or replaced by the seller or manufacturer. The Consumer Protection Act has duly provided for a fair settlement of grievances of the consumers. It has also set up a mechanism for their redressal at district, state and national levels.

Right to Consumer Education
It means that the consumer has a right to receive knowledge and skill to become an informed consumer. In this direction, the consumer associations, educational institutions and the policymakers play an important role. Effective consumer education leads to an increased level of consumer awareness and help them to enforce their rights more effectively, and protect themselves against fraudulent, and misleading advertisement etc.

Who can File a Complaint?

The following individuals can file a complaint under the Consumer Protection Act 1986:
1. A consumer
2. Any recognised voluntary consumer association whether the consumer is a member of that association or not
3. The Central or any State Government
4. One or more consumers where numerous consumers have the same interest.
5. The legal heir or representative in case of death of a consumer.

What Complaints can be Filed?

A consumer can file a complaint relating to any one or more of the following:
1. An unfair trade practice or a restrictive trade practice adopted by any trader or service provider
2. Goods bought by him or agreed to be bought by him suffer from one or more defect.
3. Services hired or availed of, or agreed to be hired or availed of, suffer from a deficiency in any respect.
4. The price charged more than the price (i) fixed by or under the law for the time being in force, (ii) displayed on the goods or the package, (iii) displayed in the price list, or (iv) agreed between the parties.
5. Goods or services which are hazardous or likely to be dangerous to life and safety when used.

Where to File a Complaint?

The judicial machinery set up under the Consumer Protection Act, 1986 consists of consumer courts (forums) at the district, state and national levels. These are known as District Forum, State Consumer Disputes Redressal Commission (State Commission) and National Consumer Disputes Redressal Commission (National Commission) separately. Any individual consumer or association of consumers can complain to the District, State or National level forum, depending on the value of goods and claim for compensation.

The main objective of these forums is to provide for a simple, speedy and inexpensive redressal of consumers’ grievances. The Act as amended in 2002 also provides for setting up of Consumer Protection Council at district, state and national level for promotion and protection of the rights of the consumers as laid down in Section 6 of the Act. The councils are required to give wide publicity to the rights of consumers, the procedures for filing complaints by them and provide inputs to the consumer movement in the country.

The state governments establish this in each of its districts.

1. Composition: The district forums consist of a Chairman and two other members, one of whom shall be a woman. This forum is headed by the person of the rank of a District Judge.
2. Jurisdiction: A written complaint can be filed before the District Consumer forum where the value of goods or services and the compensation claimed under the act does not exceed Rs. 20 lakh.
3. Appeal: If a consumer is not satisfied by the decision of the District Forum, he can challenge the same before the State Commission, within 30 days of the order by the district forum.

The state governments in their state establish this.

1. Composition: The State Commission consists of a President and not less than two and not more than such number of members as may be prescribed, one of whom shall be a woman. The commission is headed by a person of the level of High Court judge.
2. Jurisdiction: A written complaint can be filed before the State Commission where the value of goods or services and the compensation claimed exceeds Rs. 20 lakh but does not exceed Rs. One crore.
3. Appeal: In case the aggrieved party is not satisfied with the order of the State Commission, he can appeal to the National Commission within 30 days of passing of the order.

The National commission was constituted in 1988 by the central government. It is the apex body in the three-tier judicial machinery set up by the government for redressal of consumer grievances. Its office is situated at Janpath Bhawan (Old Indian Oil Bhawan), A Wing, 5th Floor, Janpath, New Delhi.

How to file a complaint?

What are the reliefs available to consumers?

Depending on the nature of complaint the and relief sought by the consumer, and the facts of the case, the Redressal Forum/Commission may order one or more of the following reliefs:

(a) Removal of defects from the goods or deficiencies in services in question.
(b) Replacement of the defective products.
(c) Refund of the price paid.
(d) Award of compensation for loss or injury suffered.
(e) Discontinuance of unfair trade practices or restrictive trade practice or not to repeat them.
(f) Withdrawal of hazardous or dangerous goods from being offered for sale.
(g) Provision of adequate costs to aggrieved parties.

Time limit for filing the case

The consumer can file the complaint within 2 years from the date on which the cause of action had arisen. However, it may be admitted even after the lapse of two years if sufficient reason is shown for the delay by the consumer.

Time limit for deciding the case

Every complaint must be disposed off as speedily as possible within 3 months from the date of notice received by the opposite party. Where the complaint requires laboratory testing of goods this period is extended to 5 months.