Hierarchy of the Courts in India 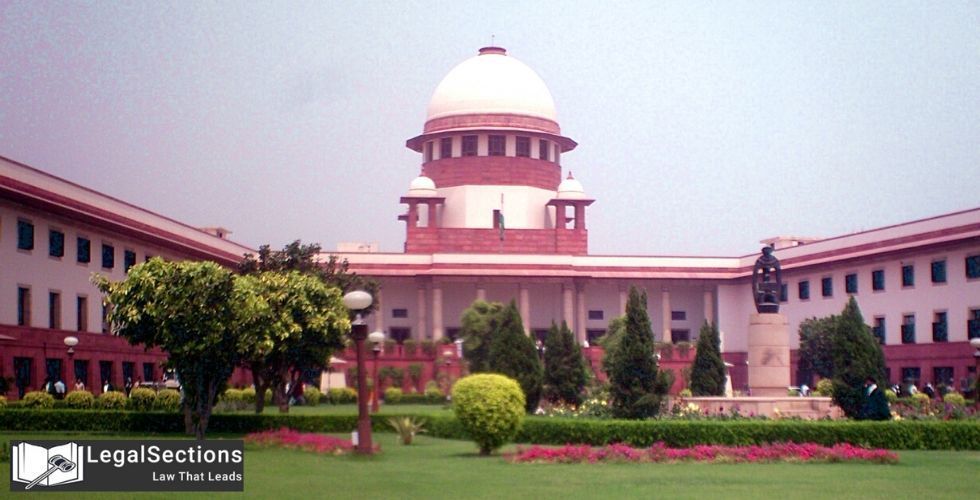 The usual trend is to start any dispute from the lower court, which is being escalated as per the satisfaction of the parties to the Higher courts. India has a rich tradition to provide justice to citizens of India efficiently, so to fulfill this purpose judicial system is divided into various levels.

Supreme Court of India is the highest level of court, which was established as per part V, chapter IV of the Indian Constitution, which endorses the concept of the Supreme Court as Federal Court to play the role of the guardian of the Constitution of India.

Supreme Court is primarily of the status of the appellate court. This court accepts appeals of cases that were being heard in the High courts of various states and union territories with the dissatisfaction of related parties. This court also accepts writ petitions and also hears such issues that need to be attended with immediate attention.

Appointment of Judges
The President of India appoints the Judges of the Supreme Court.

Qualifications of the Judge –
1. He should be a citizen of India.
2. He should have the experience of serving as the Judge of High Court for a minimum period of at least five years, or he should be an advocate of High Court for at least ten years, or the President should consider him as a distinctive Jurist.
3. The judge of the Supreme Court is eligible for performing his duties by holding office up to the age of 65 years if he has not resigned or disqualified based on any act of misbehavior or proving incapable of carrying his duties.

Jurisdiction of Supreme Court
It is classified under different types-

2. Appellate Jurisdiction- The Supreme Court has the jurisdiction of hearing the appeal raised against the judgment of all high courts of India provided that the respective High Court grants the certificate related to the query about the interpretation of the Indian Constitution.

3. Special Leave Petition- Supreme Court has the power to hear any appeal related to any matter for which any Court or tribunal had decided the judgment through the option of Special leave petition except in the case of tribunal related to armed forces.

4. Advisory Jurisdiction- The Supreme Court has the option to report its opinion to the President in case the matter is of public importance referred by the President.

High Courts of India were established as per Article 214 part IV  chapter V of the Indian Constitution. There are 24 high courts in India, out of which Kolkata High court is the oldest one.

Jurisdiction
High courts are mainly confined to the jurisdiction of the state, group of states or union territories. They are being empowered to govern the jurisdiction of lower courts like family, civil, and criminal courts with other different courts of district.
Generally, High Courts are involved in the appeals raised in the cases of lower courts with writ petitions as conferred in Article 226 of the Indian Constitution.

Tenure of Service
The Judges of the High Court have the maximum period of service for up to 62 years.

Salary of Judges
This is done as per prescribed declaration in the second schedule of the Constitution and cannot be changed without any constitutional amendment.

The basis of the structuring of the District Court in India is mainly dependent upon the discretion of the state governments or the Union territories. The structure of the courts is primarily formed by considering several factors like the number of cases, distribution of population, etc. Depending upon these factors, the state governments decide the number of district courts to be in operation for a single district or clubbing together many adjacent districts.

Generally, these type of courts exercises their power of judicial service at the district level. In India, there is a total of 351 district courts in operation. Chapter VI of Part VI of the Indian Constitution consists of provisions for subordinate courts.

Village Courts
The village courts are named as Lok Adalat. Its primary purpose is to serve justice to villagers of India. This is the system for solving disputes at the micro-level. The need for these courts is justified though the Madras Village Court Act of 1888. This model has been started to be sued from the state of Gujarat, consisting of a Judge and two assessors since the 1970s.

The latest development had been observed in 2008 through the initiation of the Gram Nyaylayas Act, which had sponsored the concept of installation of 5000 mobile courts within the country. These courts are assigned to judge the petty cases, which can generate a penalty up to 2 years imprisonment. In the present, only 151 Gram Nyaylayas are functional.

Conclusion-
Constitution of India plays a vital role in the rules and laws which are enforced from time to time to strengthen the Judicial system of the country.
A big country like India needs this current three-level of the judicial system to ensure the best possible judiciary to an Indian citizen.

Every day a lot of disputes were raised, so proper hierarchy of courts and their jurisdiction must be adequately defined to deal with such disputes.