Custodial Rights for your Child

Custodial Rights arises after the breakdown of marriage, and the person who suffers the most due to failure is children born out of the marriage. 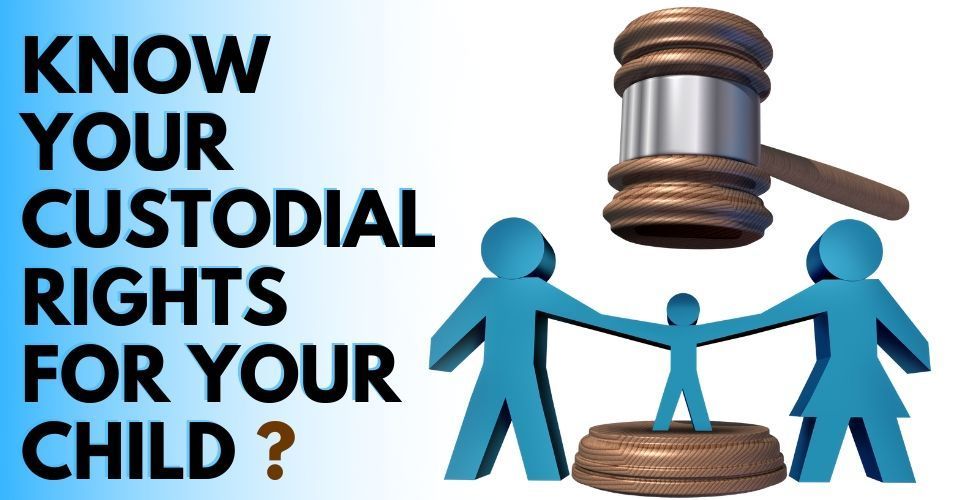 Custodial Rights arises after the breakdown of marriage, and the person who suffers the most due to failure is children born out of the marriage. Every parent has specific duties towards their child, which becomes a dilemma once the couple has decided to divorce.

The Indian Law holds the welfare of a child as the most critical factor of consideration when deciding upon who gets the custodial rights of a minor child.

Factors that constitute Welfare of the Child  1. Safekeeping
2. Ethical Upbringing
3. Good Education
4. Economic well being of the Guardian

Where does a Minor will go after Divorce?

Mother and Father both have equal custodial rights. Who gets the custody of the child is upon the decision of the court. The welfare of the child is the most crucial factor in deciding whom custody would be given. If custody is awarded to one parent, it does not mean that other parents cannot be in contact with the child. The courts in India do ensure that a minor child gets the affection of both the parents. The other parents get visitation rights with some restrictions implemented by the court.

1. Physical Custody – When it is awarded to a parent, it implies that a minor will be under the guardianship of that parent with visitation and periodical meetings with another parent. The objective behind physical custody is that the child lives in a safe and fulfilling environment but is also not deprived of the love and affection of another parent during formative years.

2. Joint Custody – It does not mean that both parents will live together because of the child even though that what Indian court believes is best for the welfare of a minor. It means that both the parents will take turns to keep the child in their custody. Rotation of a child from one parent to another parent varies from certain days or weeks or even to months. In this custody, the child gets affection, care, and love of both parents, and parents also get a chance to be a part of the young years of the child.

3. Legal Custody – It means a parent gets the rights to take every decision for the child. In which school child will go or which doctor should be consulted is part of legal custody. In most instances, the court grants legal custody to both the parents, but in case divorce is messy and the court thinks they will not understand each other in any matter, they grant legal custody of the child to one parent.

4. Sole Custody- In the case where one parent is declared unfit by the court for obvious reasons, complete custody of the child is granted to another parent.

5. Third-Party Custody- In this, neither parents will get custody of the child, but the court will grant custodial rights to a third party.

2. The mother of a child cannot be discarded as the guardian just because she earns less than the father.

3. In the case of remarriage of the father, Mother will be a better guardian for the welfare of the child as a stepmother has no affection for him.

The Guardian and Wards Act, 1890, is the common law that provides remedies for parents undergoing custody battles. The regulations and redressal of custodial issues fall under this act. However, India being a secular country, has its laws governing people of various religions according to their customs.

1. Under Hindu Law
Laws are applicable only when both parents are Hindus.
Section 26 of the Hindu Marriage Act, 1955, gives authority of passing interim orders, judgments, amendments, etc. for child's maintenance and can dispose of the pending decree within 60 days from the date of Service Notice to the court. Hindu Minority and Guardianship Act, 1956, declares that only biological Hindu parents have the right to seek custody of the minor child.

There are no prescribed laws for custodial rights of the child in Christian laws, but issues are solved by section 41 of the Indian Divorce Act, 1869.
The couples have the option of choosing to be protected under the Special Marriages Act in the case when both parents belong to different religions or have taken a court marriage and explains the powers of the court over providing judicial custody.

- The Supreme Court has determined that the mother of the child will be bestowed with its custodianship if the particular child is aged five or below except in circumstances where the mother is proved ill-treat or neglect the child.
- A Supreme Court Bench presided by Justice Vikramjit Singh Sen had issued a directive stating that an unmarried mother need not seek the consent of biology father of the child to enjoy its custodianship rights.
- The Delhi High Court has stated that the name of a mother would be considered enough for the child's passport application if the child is being brought up by a single mother.