Well, the decision to revoke Article 370 by the leader of the country is being supported by its people and is being seen in a good light. 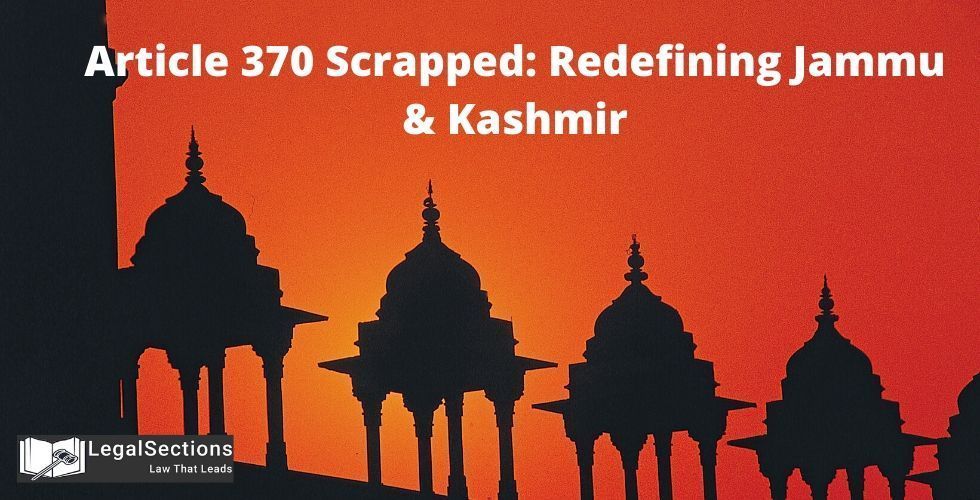 The scrapping of article 370 by presidential order was a thunderous decision that stirred the country. Article 370 had given a special status to Jammu & Kashmir for nearly 70 years and 35a, keeping its land out of the reach of development. The state government has been unreceptive of the central government and its policies. Holding its authority firmly, the state has failed to empower itself.

The Outset of Article 370

At the time of building the constitution of India and the assembly working for uniting the provincial regions into Dominion of India. This accession of states was based on the mutuality of the vital concern about foreign affairs, communication, and defense. States were appealed to send representatives in the constituent assembly and requested to set up their constituent assemblies to formulate the state charter.

Most of the states failed this task, and hence, the constitution of India was well accepted by most of the states, little requested for some amendments. While subject to Jammu & Kashmir, it requested that the provision of foreign affairs, communication, and defense only, to be pertained to its constitution by the central government and just matters by the concurrence of state government..

The Making of Article 370

The request for an unalike constitution led to the incorporation of article 370, giving Jammu & Kashmir a special status. The article was devised in part XXI under the temporary, transitional, and special provisions of our charter. It was expected to be dismissed in some time. But the constituent assembly dissolved without specifying any provision for the abrogation of Article 370. Then, the 1954 presidential order was equipped specifying the law related relation between Jammu & Kashmir and the Union.

The permanence of Article 370

Article 370 was perceived to be a temporary term, but the supreme court ruled that it was a permanent provision in our constitution. The permanence of Article 370 and the mandatory need of consent by the state government of Jammu & Kashmir, had made revocation of it, a strenuous task. Beyond the bounds of possibility for the national leaders, who aimed at dissolving Article 370.

In the breadth of time, acts were passed in the central government and extended to the legislature of the state of Jammu & Kashmir, acts like All India Service Act, Border Security Force Act, Income Tax act, Haj Committee act, The Central Goods and Service act, etc.

The Footprint of Article 370

Giving a sense of freedom to the people of Jammu & Kashmir. Notwithstanding, Article 370 has brooked Jammu & Kashmir to have a conception of dual citizenship, its disparate flag. Article 370 made Jammu & Kashmir a distant state from the center, with its state constitution enforced on 26 January 1956. Giving the state, complete autonomy in matters of internal administration. Able to restrict interference by the central government, veiling the the core of its climate. This alienation of the state has caused it to suffer by the agendas of the separatist secured on the religious grounds and politically unstable edge. The urge of being different or unique, and the article 370 providing them with the provision of perceiving it, the people of Jammu & Kashmir have back footed themselves by seeking comfort in the painful indecency.

The Order of Jammu & Kashmir

The state has been a shaky land with terrorism group formulating propagandas in the unreliable names and thundering the air with fear. Trying to divide the sky, they throw pebbles. In the state of fitful order, education and health are affected Largely. And with no proper education and employment, the state is maintaining its distance from the development.

The Scrapping of Article 370

Home minister Amit Shah and Prime Minister Narendra Modi, with the authorization of President Raj Nath Kovind, repealed Article 370. The revocation amendment passed in both the houses with the majority. And the suggestion to make Jammu & Kashmir, a union territory with legislature bordering Ladakh parted as another without a government, was put forward.

This change in the footing of the state of Jammu & Kashmir as union territories has been passed as an act titled Reorganisation act, scheduled on 31 October 2019, the birthday of Sardar Vallabhbhai Patel.
After the scrapping of article 370, and making Jammu & Kashmir and Ladakh, Union territories., The central government can give direct remedy to the veiled wounds of terrorism, unemployment, inadequate infrastructure, and the instability.

Expectations From The Revocation of Article 370

Bringing the matter to light, mass hope that the bold decision of revoking Article 370 will improve the condition of Jammu & Kashmir and lead it on the path of development, integrated with the union of states and working functionally and securely under the supervision of the central government. Allowing the industrialization to enter through the open filtered channel by the dissolution of article 370 and 35a, it will build an excellent infrastructure and escalate the human resource development in the region. Create job opportunities and growth grounds for the existing resource.
The land rates will also see unusual change as the industrialists will approach the land of scenic beauty.

Reception of The Scrapping of Article 370

Some are being affected by the sudden implementation and the blackout that has restricted communication between people only wishing for the wellbeing of their families residing in Jammu & Kashmir. While the people of India in the majority has accepted the decision of revocation of Article 370 and 35a with a positive outlook, they are hoping that it would strengthen India as a union of states, a country of diversity. And enlighten the path of development with resolved internal conflicts.

An attempt to construct a concrete nation cemented with fraternity and mutuality.

It is to be witnessed, How will the dissolution of Article 370 affect the people about whom it is concerned?

Will it be able to settle the shaky land and lead to development?

How will India decently resist the futile attempts of Pakistan and China is fueling the matter, bringing it in shady light?

Well, the decision to revoke Article 370 by the leader of the country is being supported by its people and is being seen in a good light.